Matthew 12:23-32  Then they brought him a demon-possessed man who was blind and mute, and Jesus healed him, so that he could both talk and see.  All the people were astonished and said, “Could this be the Son of David?”  But when the Pharisees heard this, they said, “It is only by Beelzebul, the prince of demons, that this fellow drives out demons.”  Jesus knew their thoughts and said to them, “Every kingdom divided against itself will be ruined, and every city or household divided against itself will not stand.  If Satan drives out Satan, he is divided against himself.  How then can his kingdom stand?  And if I drive out demons by Beelzebul, by whom do your people drive them out?  So then, they will be your judges.  But if it is by the Spirit of God that I drive out demons, then the kingdom of God has come upon you.  Or again, how can anyone enter a strong man’s house and carry off his possessions unless he first ties up the strong man?  Then he can plunder his house.  Whoever is not with me is against me, and whoever does not gather with me scatters.  And so I tell you, every kind of sin and slander can be forgiven, but blasphemy against the Spirit will not be forgiven.  Anyone who speaks a word against the Son of Man will be forgiven, but anyone who speaks against the Holy Spirit will not be forgiven, either in this age or in the age to come.”

Matthew 12:1-8  At that time Jesus went through the grain fields on the Sabbath.  His disciples were hungry and began to pick some heads of grain and eat them.  When the Pharisees saw this, they said to him, “Look!  Your disciples are doing what is unlawful on the Sabbath.”  He answered, “Haven’t you read what David did when he and his companions were hungry?  He entered the house of God, and he and his companions ate the consecrated bread—which was not lawful for them to do, but only for the priests.  Or haven’t you read in the Law that the priests on Sabbath duty in the temple desecrate the Sabbath and yet are innocent?  I tell you that something greater than the temple is here.  If you had known what these words mean, ‘I desire mercy, not sacrifice,’ you would not have condemned the innocent.  For the Son of Man is Lord of the Sabbath.”

Matthew 11:25-30  At that time Jesus said, “I praise you, Father, Lord of heaven and earth, because you have hidden these things from the wise and learned, and revealed them to little children.  Yes, Father, for this is what you were pleased to do.  “All things have been committed to me by my Father.  No one knows the Son except the Father, and no one knows the Father except the Son and those to whom the Son chooses to reveal him.  “Come to me, all you who are weary and burdened, and I will give you rest.  Take my yoke upon you and learn from me, for I am gentle and humble in heart, and you will find rest for your souls.  For my yoke is easy and my burden is light.” 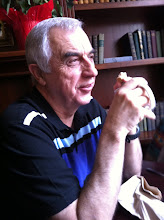